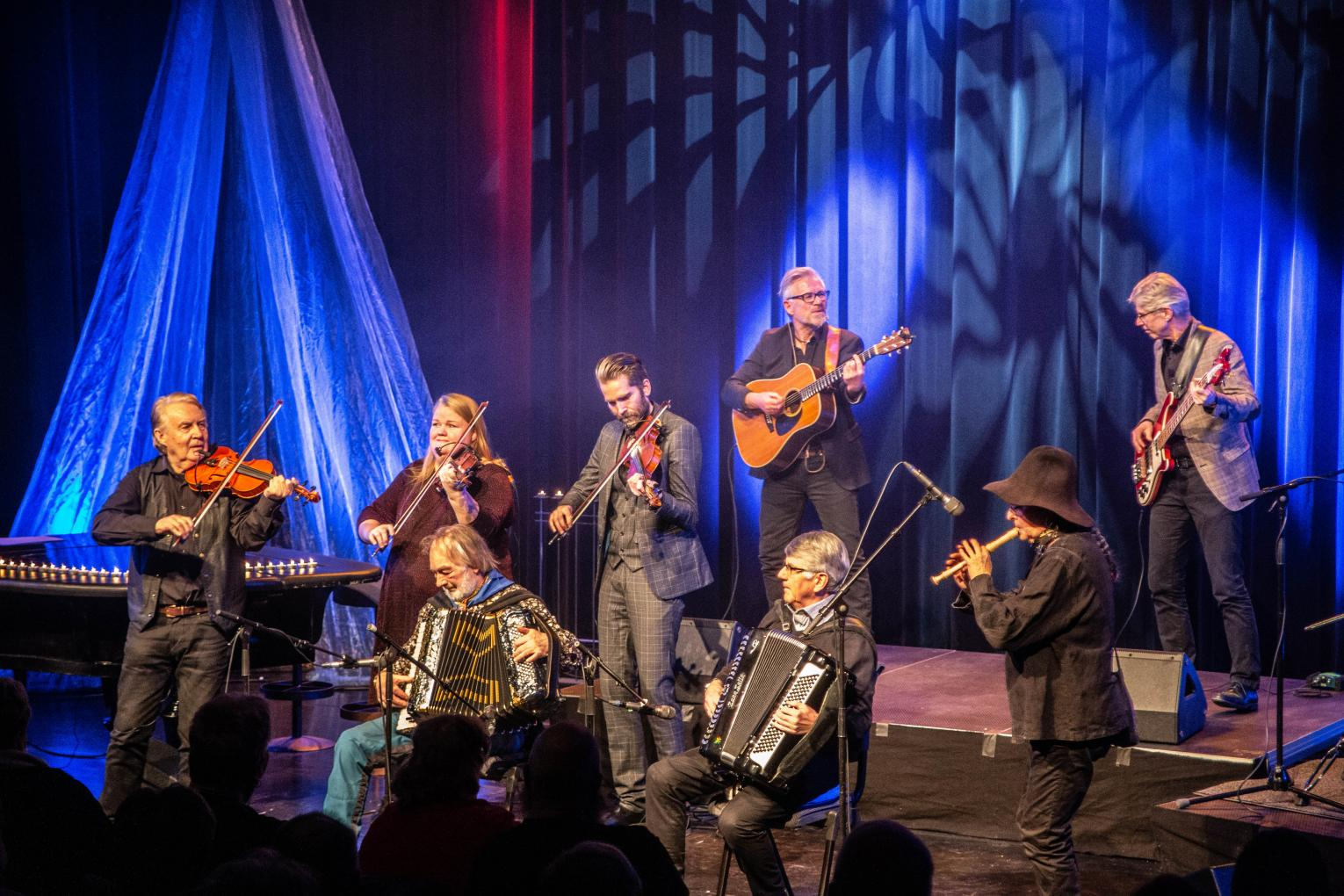 One of Scandinavia’s favorite dance bands, Dalakopa, a folk music super group based in Roros, Norway, will perform at the Sacred Heart Music Center on Tuesday, Sept. 27 at 7pm. You will not be able to just sit and listen!

Dalakopa have been together for over 30 years and have incorporated various members during this time. They are an international mix of musicians from Norway, Sweden, Denmark and the U.S.

Experimental Scandinavian-inspired folk band Pony, based in Minneapolis, will open.

Dalakopa has toured throughout Europe and the U.S., won numerous awards including Spelmannsprisen, the Norwegian Grammy and recorded 12 albums. In 2018 the group was included in the Norwegian Old Time Dancing Hall of Fame.

Many of the tunes are traditional while others are composed by the various members of the group in traditional style. The dance styles are the Pols from Norway, Polska from Sweden, Halling, Schottish, Waltz, Polka and Mazurka. Their arrangements can be very imaginative with the sound of waves in the background, occasional use of snare drums, and on some occasions genre bending incorporating reggae rhythms.

The leader of the group is Bengt Jacobsen. Bengt plays several instruments: the accordion, organ, piano and fiddle. Mary Barthelemy, who at one time lived in Silver Bay, plays the flute for the group, giving it a unique sound. The others are Oline Sofie Bakkum Hardelin on fiddle; Thore Härdelin, fiddle and  vokalist; Torill Aasegg, fiddle og  nyckelharpe ; Jens Nygård, fiddle; Stein Nygård, accordion; Roar Kjeldsberg, bass; and Ole Anders Feragen,  gitar. Guests have included Lillebror Vesaasen on the accordion; Ronja Jacobsen on the Zitter and Gro Kjellberg Solli, vocals.

The tour was initiated by Folklore Village in Dodgeville, Wisconsin, with financial support from the American Scandinavian Foundation. Other destinations include the Vesterheim Museum in Decorah, Iowa; Folklore Village, Host Fest in Minot, North Dakota and Tapestry Dance in Minneapolis.