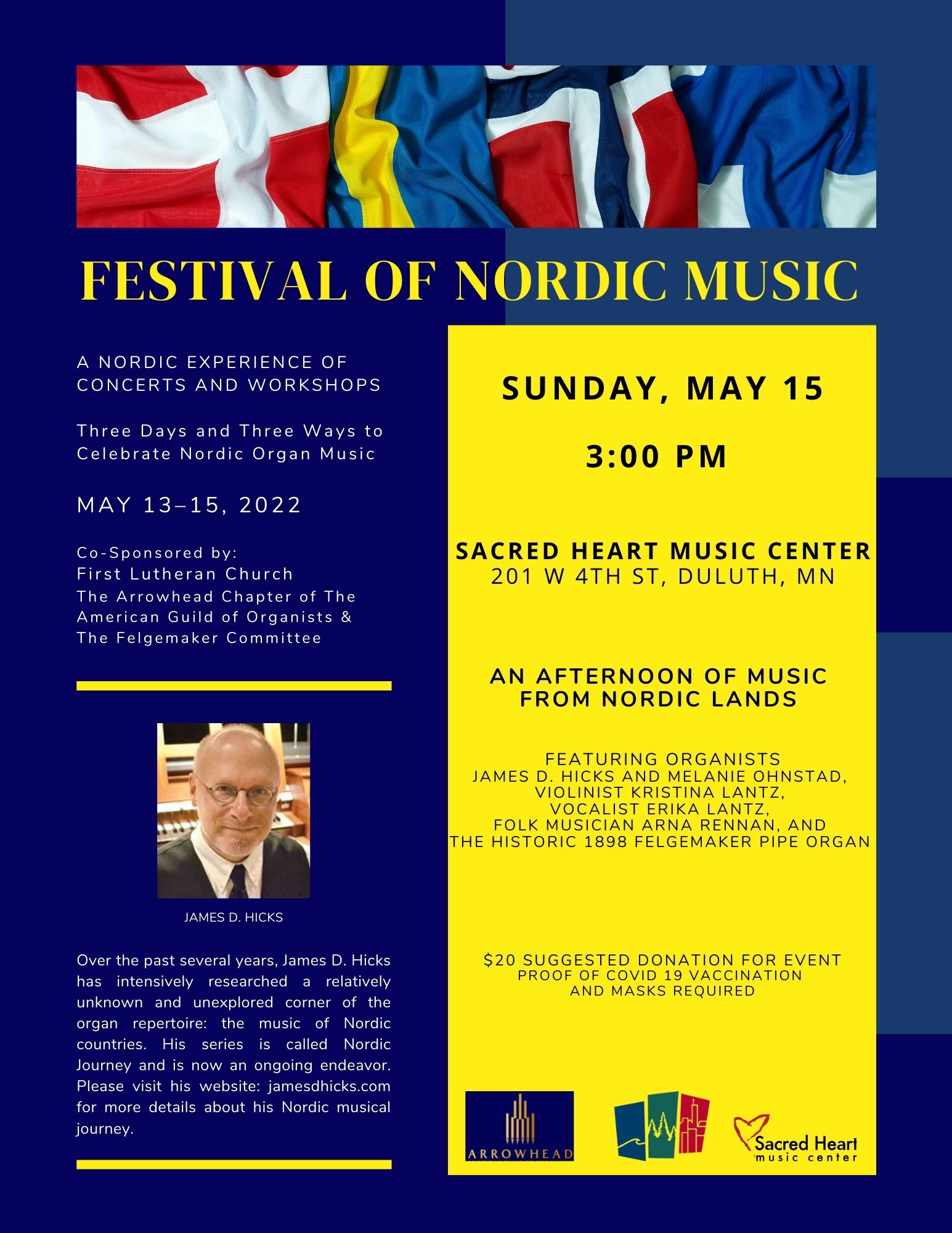 The Friends of the Felgemaker hosts a “Festival of Nordic Music” featuring a wide variety of
music from Nordic lands at 3 pm on Sunday, May 15 at Sacred Heart Music Center. The event is
free with a suggested donation of $20.

From Califon, New Jersey, James Hicks holds degrees in music from the Peabody Institute of Music of Johns Hopkins University, Yale University, and the University of Cincinnati. He has has appeared as a concert organist throughout the United States, Europe, New Zealand, and Australia and has made 11 recordings on the Pro Organo label.

Over the past several years, Hicks has intensively researched a relatively unknown and unexplored corner of the organ repertoire: the music of Nordic countries. The series is called “Nordic Journey” and is now an ongoing
endeavor. The series seeks to commission new works from some of the leading composers from
northern Europe (50 commissioned works thus far), discover unpublished and, hitherto, unknown works
from previous eras, highlight compositions that have never been recorded, as well as celebrating a few
of the standard masterpieces of the Nordic school.

Melanie Ohnstad received the Doctor of Musical Arts degree from the University of Minnesota. She was dean of the Twin Cities Chapter of the American Guild of Organists from 2006-2008 during which time the chapter hosted the AGO’s national convention. She has accompanied Minnesota choirs on three separate European tours and has made multiple recordings with Twin Cities choral ensembles. She has been heard many times on Minnesota Public Radio “Pipedreams.”

NOTICE: All concert-goers must wear face masks and provide proof of vaccination or a recent
negative COVID-19 test at the door prior to the concert. Phone photos of vaccination cards
will be accepted. Further precautions may be taken pending state and county health
guideline.