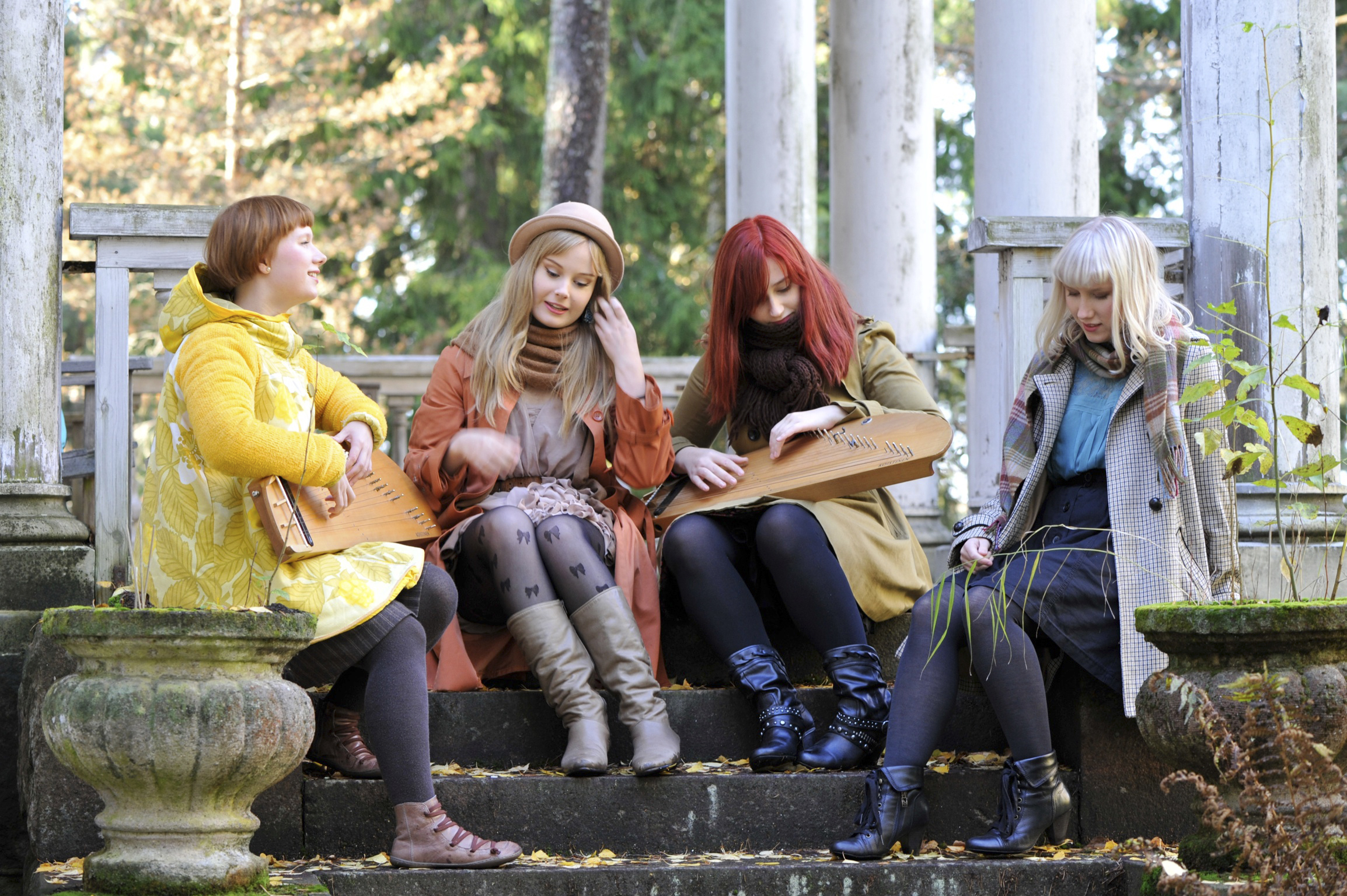 Kardemimmit is in charge of their own music – they compose, as well as arrange, write lyrics and produce. Maija Pokela, Jutta Rahmel, Anna Wegelius and Leeni Wegelius founded the group in 1999 at the musical institute Juvenalia in the band members’ home town Espoo, Finland.

Alongside 15 and 38 stringed kanteles, singing has a big part in Kardemimmit’s musical universe where original pieces with a modern approach still have a strong foundation in Finnish, Eastern European and Scandinavian traditions. The Finnish reki-singing style, 19th century dancing music and Perhonjokilaakso kantele playing style, Eastern Finnish archaic improvisation and ancient runo singing are all present in Kardemimmit’s music.

As a kantele band Kardemimmit is a pioneer: In 2004 Kardemimmit was nominated the Band of the Year by Kantele Association and the next year they won the International Kantele Competition.

The group has recorded five albums and tours throughout Europe, North America and Japan.

You might wonder what the band’s name means. It’s a play of words. Kardemumma is a spice that Finnish people use a lot in their sweet baking. Mimmit is a word for girls that have bold nature. That means Kardemimmit is actually the Finnish Ethno Spice Girls.