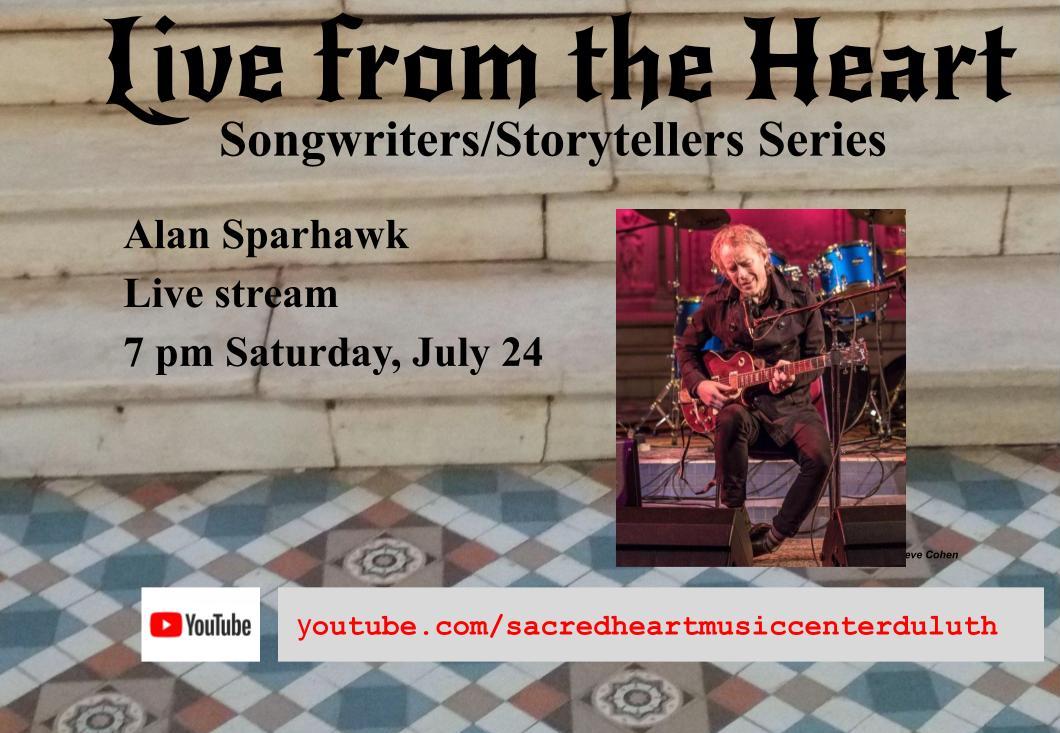 Singer-songwriter and guitarist Alan Sparhawk will discuss songwriting and his life in music during the next installment of the Sacred Heart Music Center Songwriters/Storytellers live stream series. Former Duluth mayor and longtime local music advocate Don Ness will host.

Sparhawk formed the band Low in Duluth in 1993. Together with drummer and vocalist Mimi Parker and other collaborators the group has recorded 12 full length albums and toured both nationally and internationally. His music has appeared in a Target commercial, film and television productions and been record by legendary Led Zeppelin vocalist Robert Plant.

Sparhawk is also the lead singer, songwriter and guitarist in side projects The Retribution Gospel Choir and Black Eyed Snakes and has collaborated with violinist Gaelynn Lea in Murder of Crows.

A new Low album titled “Hey What” on the  Sub Pop label is scheduled for release Sept. 10.

This live stream production will begin at 7pm Saturday, July 24 on the Sacred Heart Youtube channel