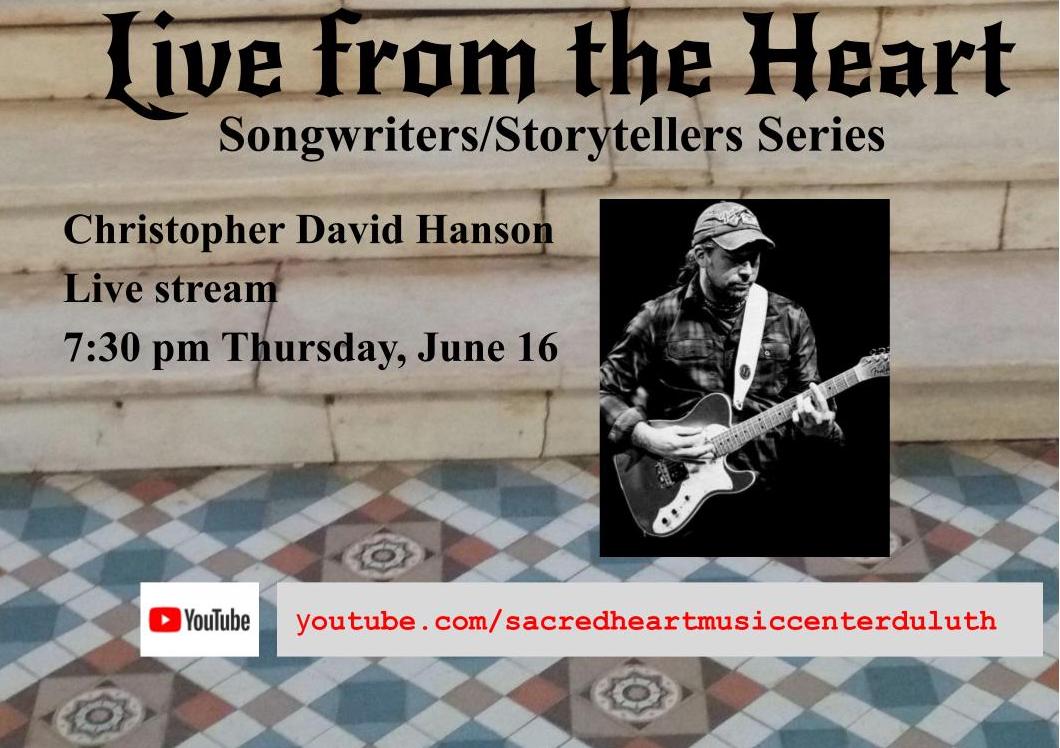 Iron Ranger rocker Christopher David Hanson performs solo, discusses his songwriting process and tells tales of a life in music on our next installment of “Live from The Heart: The Songwriters and Storytellers Series.”

This on-line only event begins at 7:30 pm Thursday, June 16 on the Sacred Heart YouTube channel.

Roots rock with a twist of throw back country flare, eclectic swing, and beautifully penned story songs sum up the songwriting of Hanson. Usually performing in a three-piece, The Christopher David Hanson Band is known for shows that bring out the dancers, fellow musicians, and live music lovers of all ages.

Hanson has a powerful and stormy soulful voice that hits you right in the heart. The lyrics never take a back seat, even in some of their more guitar driven songs. Don’t miss this rare solo performance and deep dive into his songwriting and story on the Sacred Heart Music Center YouTube channel.

The Sacred Heart Music Center “Live from the Heart: Songwriters/Storytellers Series” is funded in part by a grant from the Minnesota State Arts Board.